The new overlord of the Dagbon area Yaa-Naa Mahama Abukari II has denied receiving a brand new Jaguar from the President of the land Nana Addo Dankwa Akuffo Addo as reported in the media.

Last Friday saw the coronation of the new Yaa Naa after 16 years of conflict over whose turn it was to reign between the Andani and the Abudu’s after the assassination of the late Yaa Naa Yakubu Andani.

After the coronation, news went rife that the new overload has received a car from the first man of the land but Yaa Naa Mahama Abukari II has through aa interpreter denied ever receiving such gift from the presidency.

According to him, the gift was actually coming from a friend and added that said the gift came as a surprise to him, hence his facial expression on Friday when it was presented. He said he was excited by the gesture as he did not expect it. He, however, stopped short of mentioning the donor, saying it will be unfair to disclose his name in public, though the person is a close associate.

Watch the video below: 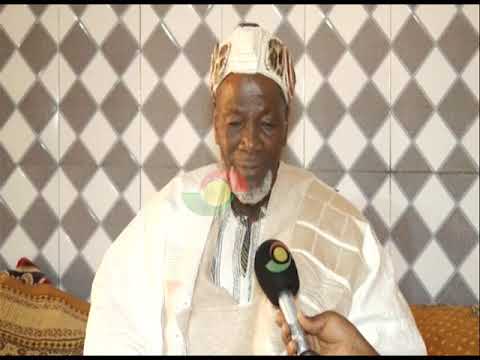 The coronation saw many appearances from some notable people in the country including the former president John Dramani Mahama.