Ghana-based Gambian actress, Princess Shyngle has opened up on her current acquired million naira deal from DSTV to shut down all her critics.

According to the actress who recently revealed how she manage to obtain her sexy body, she has been able to fetch a million naira deal from a movie she personally produced and sold to DSTV. 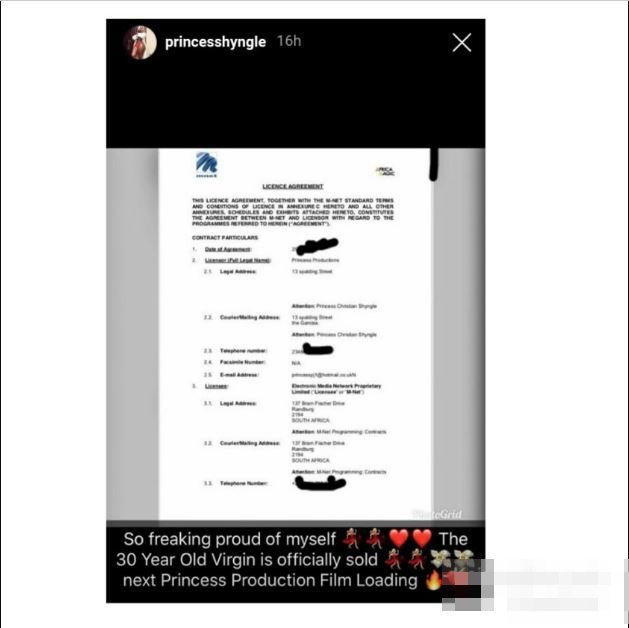 Posting on her Instagram page, Princess Shyngle further added that she has been labeled as a useless model who always goes naked for attention but she has been able to achieve such a lifetime deal.

The screen goddess stressed to warn that she is ready to literally cut off anybody whether family or friend who will criticize her actions out of her life for good.

Princess urged people to believe in their dreams and reference her achievement to Cardi B.

“What didn’t they say about Cardi, oh she’s too ratchet, she’s a hoe, she’s a cheap stripper, she’s always naked, she’s not talented

but look at her today apart from being one of the best rapper in the world right now she’s a freaking brand ambassador for Pepsi, a global brand

.. if this doesn’t inspire me then I don’t know what else will. From now on if any friend or family member calls me to tell me I expose too much, I say too much, I should dress and act like certain celebrities I’ll literally cut you off I swear. I’m living my dream and working hard towards achieving my goals and vision

…. oh by the way DSTV African magic just bought my movie The 30 Year Old Virgin , a movie that I wrote, screenplayed, produced and acted in

abi they say I’m just a useless Instagram model , who is always naked just for attention

please tell me how many Instagram models produce, write, screenplay and act in a movie 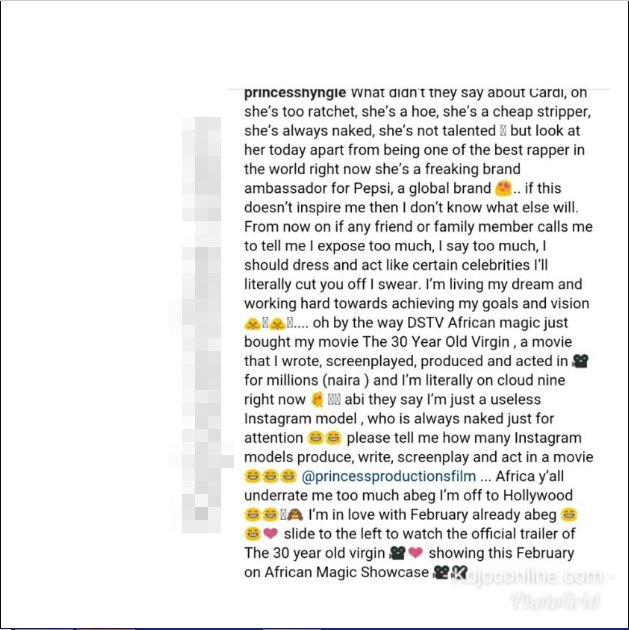 Princess Shyngle recently confirmed in a post that she removed 5 ribs and all her small intestines to have her current body stature(Tapoli body).

Well, let’s wish our screen princess all the best in her career as she writes more movies to entertain her audience.