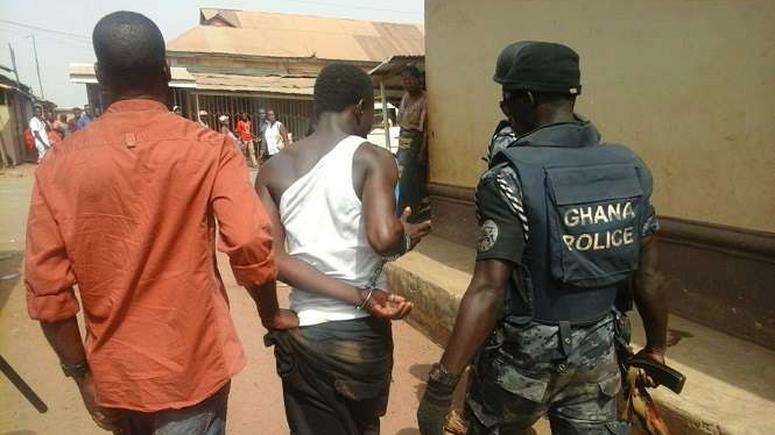 The three were arrested from a large group of protesters that stormed the Amakom branch of the company and burnt tyres.

According to the police, some of the angry customers of the gold trading firm were also prevented from entering the Manhyia Palace to present a petition to the Asantehene, Otumfuor Osei Tutu II.

Earlier this morning, about 100 aggrieved customers of the company hit the streets in Kumasi amidst chanting of ‘war’ songs and burning of tyres.

They blocked road access to Adum from Amakom which caused a big vehicular traffic.

The police, with the help of the Ghana National Fire Service managed to disperse the crowd to allow the free flow of traffic.

The customers have for the past six months, been demanding the payment of their principal investments after the gold dealership company was instructed by the Securities and Exchange Commission to halt their gold trading operations with the public.