The Ghanaian pilot who flew the world’s biggest passenger Aircraft, Emirates A380 to Accra last Tuesday, Captain Solomon Quainoo, has charged students of his alma mater, Koforidua Secondary Technical School to be determined and work hard to achieve their dreams.

Addressing the students when he visited the school together with some old students on Wednesday, Captain Quainoo said he was only able to achieve his current feat through hard work and support from family and friends.

Describing the difficulties he faced growing up, he said he purposed to be a pilot at the age of 6 when he saw a plane fly high above in the sky and remained focused to make the dream a reality.

READ ALSO: Stop Taking Our Wives From Us – Prisoners Charge Towards Officers

“At 6 years old I saw a plane and I wanted to be a pilot. It was not an easy path coming from a poor family there were a lot of challenges, but I remained determined and kept pushing forward, working hard which was not easy but with hard work and support from family and friends I have been able to where I am now,” he said.

Captain Solomon Quainoo said it was a great struggle for him to become a pilot since he grew up poor.

He revealed that he spent part of his life living in an unroofed uncompleted building with five other siblings.

“It took a lot of hard work because I did not grow up from a rich family, I came from a very poor home and we used to be about 6 guys sleeping in one room and whenever it rains, there was no ceiling so we had to put bowls on the floor to make sure we do not get wet, but with determination amidst the challenges I made it… Sometimes we are starved, we go hungry but you see your friends eating and progressing and I said to myself why don’t I forget this and go do something else, but I challenged myself and never competed with anyone,” Captain Quainoo stressed.

He said he faced difficulties financing his education to become a pilot. 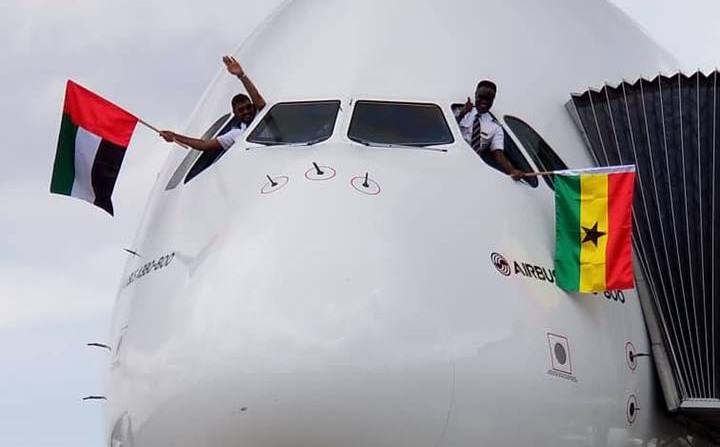 “My challenges have been mainly financial because flying cost a lot of money. Currently you have to pay close to 150,000 pounds just to get the basic flying air transport private license. You get air transport license that is not too expensive, but to be able to fly a passenger pilot you need a lot of money so finances have been the main thing”.

In a Citi News interview, he made a passionate appeal to the government to invest more in the country’s aviation industry to help the country produce more Ghanaian pilots.

“In our country aviation has not really developed and it is not because we do not have the resources, we have great guys who can do a lot of things, KNUST guys who produce a lot of engineers who can do great stuff and other brilliant guys, but the opportunities are not here and it is either you go through the air force or you cannot become a pilot,” he said.

Captain Solomon Quainoo, who toured the school together with some old students including his mates from the 1986 year group promised to use his position to support the school.