A middle aged woman has been arrested at a prison center for trying to smuggle wee and tramadol to jailed boyfriend at the Kumasi Central Prison.

The woman who is aged 33 years old hid the wee and tramadol in some stew she had prepared for her boyfriend who is serving a 3-year jail term at the prison.

The woman is known as Gifty Addo was busted by vigilant female prison officers at the main entrance of the prison when she was been checked before entry.

The suspect who had her boyfriend Yaw Odum serving three years jailed term for abduction has been selling narcotics drugs for inmates for some time now until her arrest on Wednesday 2rd 2019. 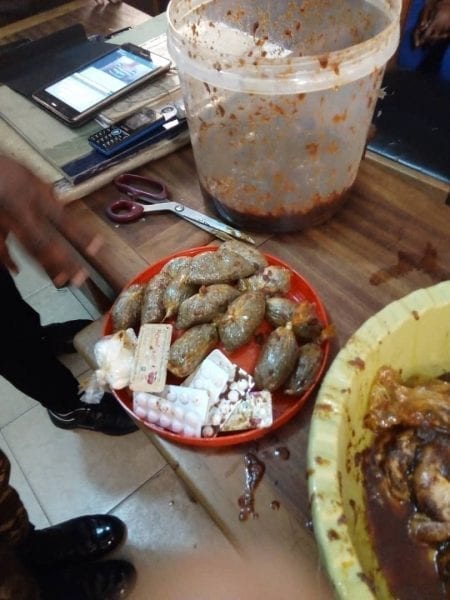